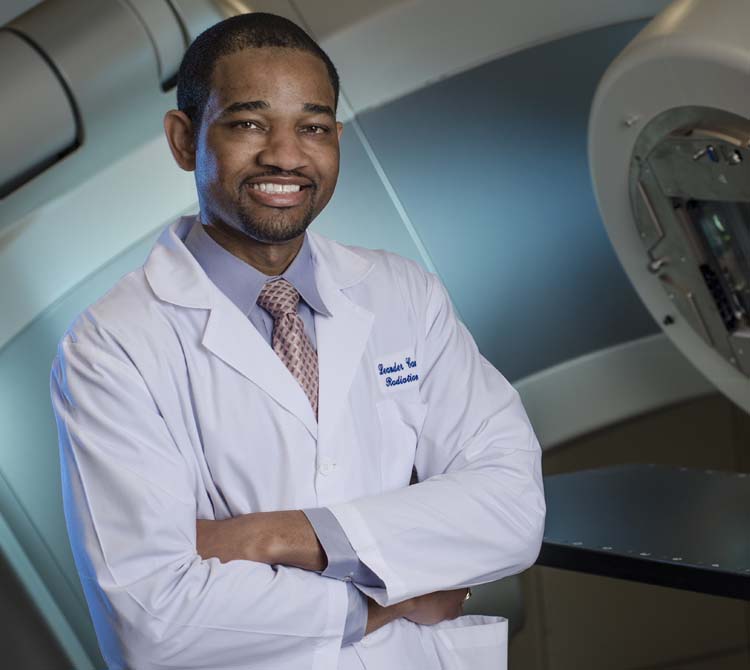 Dr. Leander Cannick III was born and raised in Hilton Head Island, South Carolina. He obtained his Bachelor of Science in Biology from Morehouse College in Atlanta, Georgia, and graduated Magna Cum Laude. While at Morehouse, he was also inducted into the Phi Beta Kappa National Honor Society. He graduated from the College of Medicine at the Medical University of South Carolina, and completed a transitional intern year at the National Naval Medical Center in Bethesda, Maryland. From there, he served our country as a Medical Officer in the United States Navy. His initial duty station was at Camp Lejeune, NC where he served as the battalion medical officer for the Second Light Armored Reconnaissance Battalion. He deployed to Iraq with Operation Iraqi Freedom in 2004. His final duty station was at the Branch Medical Clinic in Goose Creek, South Carolina.

Following an Honorable Discharge from the U.S. Navy, Dr. Cannick returned to the Medical University of South Carolina and completed a four-year residency in Radiation Oncology. During residency, he trained in a wide range of treatment modalities which included, but were not limited to: Gamma Knife radiosurgery, linear accelerator based radiosurgery, CyberKnife radiosurgery, intensity modulated radiation therapy, prostate brachytherapy, and breast cancer treatments. He also published numerous articles on subjects ranging from breast cancer to prostate cancer. He served as the Chief Resident during his final year of training in 2012.

In July 2012, he joined Dr. William Tomlinson in practice at Blue Ridge Radiation Oncology in Anderson, South Carolina. Together, they provide radiation oncology services at the AnMed Health Cancer Center. Dr. Cannick is an assistant clinical professors in the Department of Radiation Oncology at the Medical University of South Carolina. The Cancer Center is a comprehensive multidisciplinary center which features on-site radiation oncology, chemotherapy infusion, diagnostic radiology, MRI, CT scan, and a pharmacy. The center is also a member of the Southeast Clinical Oncology Research Consortium (SCOR), and participates in numerous clinical trials.

Dr. Cannick is married to Dr. Gabrielle F. Cannick, a dentist and owner of Grand Oaks Dental, LLC in Anderson, South Carolina. They have 4 beautiful girls who keep them very busy and entertained. Dr. Cannick serves as an elder in his church, Willing Servant Ministries. He also serves on the board of the Cancer Association of Anderson, several committees at AnMed Health Medical Center, and is a former board member of the Westside Community Center. He is committed to serving the cancer care needs of the residents in Anderson and its surrounding areas. Dr. Cannick sincerely believes that God gives physicians gifts and skills to offer healing and hope to their patients.