Gynecologic cancer is not a single type of cancer, but instead refers to a group of cancers that affect different parts of the female reproductive system. Together, they are the 4th most common cancer in women in the US. While all women are at risk of developing gynecologic cancer, the risk increases with age. Cancer is easiest to treat at an early stage before it has spread. Outlined below are the most common types of gynecologic cancer. 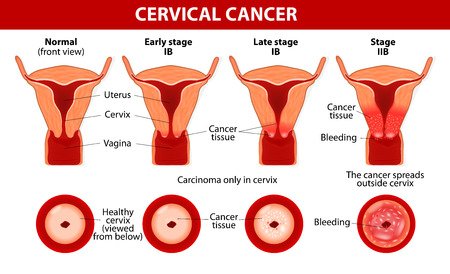 Cervical cancer occurs in the cervix, the narrow end of the uterus that connects the uterus and vagina.

Most cases of cervical cancer are caused by human papillomavirus (HPV) infections. 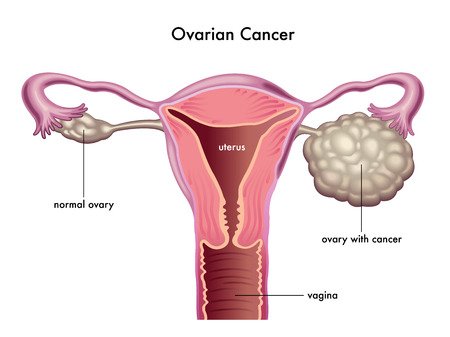 Ovarian cancer is often hard to catch early as this type of cancer may not show signs or symptoms.

Vaginal cancer starts in the birth canal (vagina) which connects the cervix and uterus to the outside of the body.

Most vaginal cancers are the result of HPV infections. Vaginal cancers may not cause signs or symptoms, but may be found during a pelvic exam.

Vulvar cancer starts in or on the outer portion of the female genitalia. This type of cancer usually occurs on the inner folds of the labia.

HPV infections may result in up to half of the cases of vulvar cancer. Vulvar cancer may also result from a precancerous condition called vulvar intraepithelial neoplasia (VIN). VIN are changes in the skin that are not yet cancer but can become one over time. Although VIN may or may not become cancerous, it is important to seek treatment to prevent cancer from developing