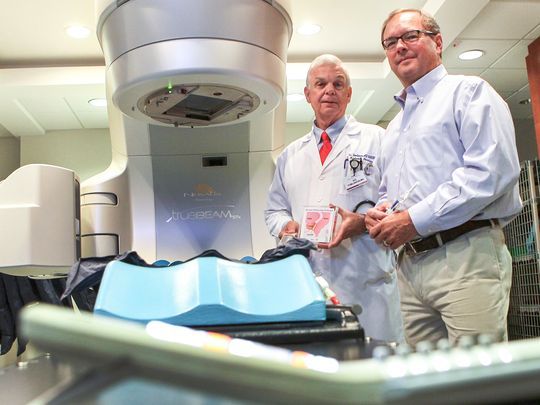 There are several different ways to treat prostate cancer. The method used will vary from person to person, and will depend on a variety of factors including a person’s general health and the cancer itself.

At Blue Ridge Radiation Oncology, we take pride in determining the best treatment plan for every individual with their preferences and wellbeing as our top priority. We use radiation therapy for prostate cancer treatment, which can be either externally or internally given.

Our doctors are highly trained and experienced in treating prostate cancer. Our team is dedicated to providing you support before, during, and after treatment to ensure top-quality care.

Types of Treatments for Prostate Cancer

Treatments for prostate cancer are uniquely tailored to every individual. Factors such as age, overall health, and cancer spread and location will influence the treatment plan. As such, there is no single formula for everyone.

Treatments for prostate cancer include:

Many of these therapies can be used in conjunction with each other for optimal effect. For example, radiation therapy may be given to shrink a tumor prior to surgery, or to ensure that all cancerous cells have been eliminated. Hormone therapy may be given along with radiation therapy for both early and late stage prostate cancers. There are many other combinations; your radiation team will determine the best fit for your treatment plan.

Your doctor will advise you about the benefits and risks of each treatment type and help you make the best decision for your health.